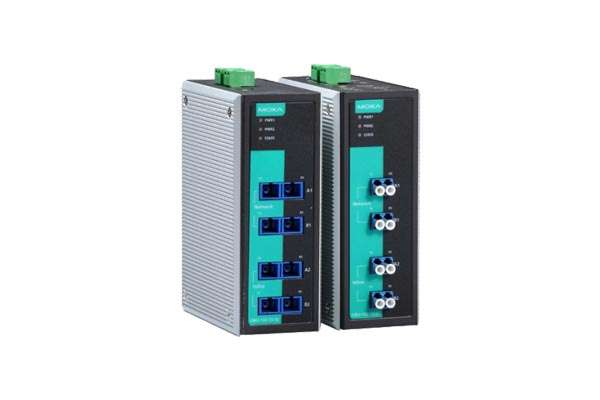 Moxaﾒs OBU-102 fiber optical bypass units add bypass relay functionality to any network node. In linear topologies, a single power outage or node failure can take out an entire chunk of the network, because communications to all the network nodes further down the line are also cut. With relay bypass, that node is instead simply bypassed in the event of a failure, and the rest of the network is unaffected.


Moxa OBU-102 sits between a node and the network to add bypass relay functionality to any network switches that do not already support this important function. In normal operations, the OBU-102 simply acts as a gateway that forwards network traffic to and from the network switch. However, if power is lost, the OBU-102 will bypass the unpowered switch and simply pass network traffic to the next switch in the relay.